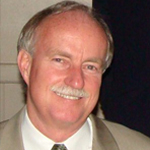 Edward Lucey was born and raised in Brooklyn, NY and still holds strong ties to the Sunset Park area where he was raised. His grandfather bought the first house on the block and his father was actually born in the house that he grew up in. Mr. Lucey attended the same elementary school as his parents–St. Michaels Elementary School.

Mr. Lucey is a graduate of William E. Grady Vocational School class of 1972, ranking number 11 in his graduating class. After graduation, while working in the industry, Mr. Lucey furthered his education attending evening classes in Advanced NYC Electrical Codes and Estimating and Electrical Engineering at Staten Island College.

Studying at the Sal Mogavero School, Mr. Lucey received his Master Electrician License in 1978. The Board recognized him as the youngest to receive his license.

In 1978, Edward and Eric Vitale started Interphase Electric. "We started at the bottom and worked hard to develop our cliental. Our goal is to do quality work at a fair and reasonable price. We realize that our success is a result of the people that work for us. We try very hard to employee people that have the same values and goals as we do and have been fortunate to have many employees with us for over twenty years."

Edward is married to his wonderful wife Corinne and has lived on Long Island since 1982. They have three boys, Timothy, Todd and Sean who are graduates of Notre Dame, Culinary Institute of America and Wilkes University respectively.

Edward has always felt that spending time with his family is the most important thing. To him, family is number one. 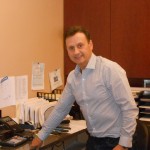 Eric Vitale is Vice President and co-owner of Interphase Electric. Born and raised in Brooklyn NY, he graduated from William E. Grady Vocational High School in 1972. Mr. Vitale graduated with a Regents/Vocational diploma in Electrical Trades, was ranked number 1 in his trade and was 3rd out of 318 students in the class of 1972.

After working for five and a half years for Atlantic Electric, Mr. Vitale commenced studying for his Master Electrician License in 1976-1977 at Sal Mogavero School. While studying for his license, Mr. Vitale continued his trade experience working at Intrepid Electric in Staten Island on commercial and industrial jobs.

In 1978, being one of the youngest in NYC, Mr. Vitale received his New York City Master Electrician License. In that same year, along with his longtime friend and working partner Edward Lucey, Eric and Ed co-founded Interphase Electric Corp. in Brooklyn, NY.

Eric moved to Long Island in 1980 where he and his wife Debbie have raised three boys.

Mr. Vitale feels that to be successful in business you should treat all customers with respect and offer fair and competitive pricing. Talk to your workers and respect their opinions. Always remember out in the field our company's quality of work and action on the job will always be judged by how our employees present themselves in the field.

"When you get up every day be thankful and look at each day as a new challenge" "Enjoy what you do, be positive and it will lead you down the road to success." 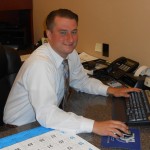 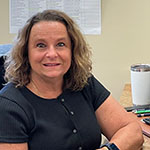 After working many years in the Commercial Textile Industry, Lisa is happy to have just joined the Interphase team. She was raised on Long Island and graduated from SUNY Farmingdale and LIU Southampton, where she obtained her Bachelors of Science Degree in Business Management.

Lisa is looking forward to a new adventure as a Project Manager where she will be working closely with the Project Superintendent and the foreman on various contracts to assure that jobs are completed as per the project specifications and contract drawings. 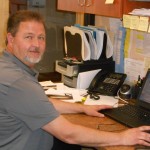 Mr. Bart Possidel has served the Electrical Contracting Industry since 1982. Bart graduated from Aviation HS located in Queens, NY as an Aviation Technician with a power-plant license.

He then went on to graduate from Spartan School of Aeronautics located in Tulsa, Oklahoma where he obtained an Airframe license. Mr. Possidel also worked for the New York City Transit Authority.

Bart started his career working in the electrical construction trade in 1982 for a company located in Queens, NY and attended Mechanics Institute of Technology in NYC for his apprenticeship program. He continued working in the industry over the next several years developing his skills and obtained his Master Electrician License in 1997 for the City of New York.

Bart joined Interphase Electric as a foreman and currently holds the position of Project Superintendent. Bart schedules the manpower for individual jobs, over sees job progress, attends site meetings and coordinates schedules with other trades pertinent to each project. Bart's strategic planning and direction are a large part of Interphase's success.

Bart is the critical link between the office and the field.

Elaine started her professional career in marketing and advertising in the pharmaceutical industry for Hearst Publications. Her career continued in book publishing as an administrative assistant for Thompson Publishing in NYC. Within a year she was promoted to Advertising Services Manager working closely with sales staff and the production department assisting with the production and preparation of advertisements for monthly magazines.

Elaine's path continued closer to home in Long Island, NY as Book Store Manager at Polytechnic Institute in Farmingdale and later as Office Manager/Service Coordinator for Metro Custom Designs and PDQ Magazine. Elaine joined the Interphase Electric staff in 2013 managing accounts payable and accounts receivable, collections and all company payroll as well as overseeing all procurement requests for both municipal and government agencies. In addition, Elaine prepares certified payroll, submits all payment applications, and secures bonds and all required insurances for each contract. Elaine is also a notary public for the State of New York, County of Suffolk. 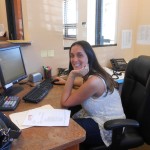 Ms. Rosella is a huge support to the Interphase staff. Interpersonal and organizational skills have led her to the position of administrative assistant where she works closely with all departments. 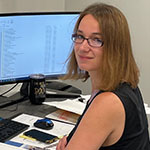 Olga Smetanina is the Electrical Estimator at Interphase Electric Corp. Her construction career started in 2007 with internships where she gained experience in different branches in the fields of construction management, real estate, designing, renovation and engineering while attending the National University of Science and Technology MISis. Olga graduated in 2010 with a degree in Construction Management and continued her path into Electrical Estimating since 2014. She joined Interphase Electric Corp in 2021 as part of our Estimating team.